All the background checkers had to do was take a peek at Malik’s Twitter account and facebook page, where she openly advocated violent jihad, proudly declaring that “she supported it” and “wanted to be a part of it.” Her hateful statements were publicly available for view while she was being investigated (I hesitate to use that word) for entry into the US.

If you are a professional background checker, how the hell do you miss that? Malik made no effort whatsoever to hide her support for violent jihad, blasting her hateful speech all over social media. God forbid the feds do any extra screening of Muslim applicants for immigration, like take a quick look at the applicant’s facebook page and Twitter account. That might be considered profiling. Can’t have that! We must be politically correct, even if fourteen innocent Americans pay the price for that stupidity with their lives.

We Americans must suffer the risk of death to avoid the “racist” and “bigot” labels. In the era of Barack Hussein that’s just the cost of doing business, folks! Let the Muslim cockroaches just waltz right in and kill as many of us as they want, and trust me, they want to kill ALL of us, liberal loons like Hussein included. Heck, why don’t we open the floodgates and give them all box cutters, AK-47s, and ammunition upon entry.

While Americans are having every bit of their personal data, including telephone communications, recorded and stored for examination, there is apparently a problem in the Barack Hussein administration with checking out the facebook page of Muslim applicants for immigration. How politically correct and accommodating!

Yet, Donald Trump is being called a Nazi racist by leftists and the mainstream media, aka the official Barack Hussein Communications Department, for suggesting that perhaps it is a good idea to place a temporary hold on Muslim immigrants until the incredibly lax K-1 visa program has been evaluated and overhauled to prevent future Maliks from entering the US and killing innocent Americans.

Had the immigration officials done a conscientious job vetting Malik, fourteen innocent, now deceased, Americans would be with us today. Instead, their families and friends must grieve forever, never to see those loved ones again.

Trump is right! Put a halt to Muslim immigration until we figure out how to adequately vet these potentially dangerous applicants. It’s just common sense, a trait woefully deficient inside the beltway.

Thanks, Barack! You claim that America is safer now than when you took office in 2009? Really? What a hopeless moron! 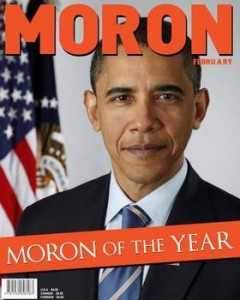 WASHINGTON — Tashfeen Malik, who with her husband carried out the massacre in San Bernardino, Calif., passed three background checks by American immigration officials as she moved to the United States from Pakistan. None uncovered what Ms. Malik had made little effort to hide — that she talked openly on social media about her views on violent jihad.

She said she supported it. And she said she wanted to be a part of it.

American law enforcement officials said they recently discovered those old — and previously unreported — postings as they pieced together the lives of Ms. Malik and her husband, Syed Rizwan Farook, trying to understand how they pulled off the deadliest terrorist attack on American soil since Sept. 11, 2001.

Had the authorities found the posts years ago, they might have kept her out of the country. But immigration officials do not routinely review social media as part of their background checks, and there is a debate inside the Department of Homeland Security over whether it is even appropriate to do so.

The discovery of the old social media posts has exposed a significant — and perhaps inevitable — shortcoming in how foreigners are screened when they enter the United States, particularly as people everywhere disclose more about themselves online. Tens of millions of people are cleared each year to come to this country to work, visit or live. It is impossible to conduct an exhaustive investigation and scour the social media accounts of each of them, law enforcement officials say.

In the aftermath of terrorist attacks in San Bernardino and Paris, this screening process has been singled out as a major vulnerability in the nation’s defense against terrorism. Lawmakers from both parties have endorsed making it harder for people to enter the United States if they have recently been in Iraq or Syria. Donald J. Trump, the Republican presidential candidate, has said there should be a temporary ban on Muslims’ entering the country.

While President Obama has cautioned against “a betrayal of our values” in the way the United States responds to threats, he has ordered a review of the K-1 visa program, which allows foreigners like Ms. Malik to move to the United States to marry Americans, putting them on a pathway to permanent residence and, ultimately, citizenship.

The Obama administration is trying to determine whether those background checks can be expanded without causing major delays in the popular program. In an attempt to ensure they did not miss threats from men and women who entered the country the same way Ms. Malik did, immigration officials are also reviewing all of about 90,000 K-1 visas issued in the past two years and are considering a moratorium on new ones while they determine whether changes should be made.

“Somebody entered the United States through the K-1 visa program and proceeded to carry out an act of terrorism on American soil,” the White House spokesman, Josh Earnest, said on Thursday. “That program is at a minimum worth a very close look.”

In an era when technology has given intelligence agencies seemingly limitless ability to collect information on people, it may seem surprising that a Facebook or Twitter post could go unnoticed in a background screening.