BREAKING! Highly-protected witness has conclusive evidence identifying Seth Rich’s murderers, who are both federal agents, one from DEA, one from ATF

A witness has been found who claims to have evidence that will finally put Seth Rich’s murder to rest.

Jack Burkman, a Washington-based attorney and lobbyist who has worked with a private investigative team to solve the Seth Rich murder mystery, told The Gateway Pundit that the witness has conclusive evidence that will bring Rich’s killers to justice within a month.

“We believe that we have reached the beginning of the end of the Seth Rich murder investigation,” Burkman toldThe Gateway Pundit in an exclusive interview Sunday.  “After two long hard years of work, we have a witness who is prepared to identify the two killers of Seth Rich. One is reportedly a current DEA (Drug Enforcement Administration) agent, the other is reportedly a current ATF (Bureau of Alcohol, Tobacco, Firearms and Explosives) agent”

The witness, who “fears for his life,” will be accompanied by armed guards and disguise his identity as he details how two employees of the United States government killed Seth in a press conference slated for Tuesday.

All press should attend my press conference TUESDAY at 1:00PM at the HOLIDAY INN Rosslyn Key Bridge. We will present a witness who brings us close to resolution in the Seth Rich case. #SethRich

Frank Whalen, a retired NYPD Detective Sergeant NYPD who served as the head of NYPD Homicide for 23 years, found the witness, Burkman explained.

“We found him through working with a retired New York City detective, who found him and brought him to us. We have thoroughly vetted this witness and we believe in this witness,” he said. “He has evidence that substantiates his claims but it will be revealed slowly. This witness is in great fear of his life – that’s why we are going with disguising him, disguising his voice and everything about him.”

Burkman, who has viewed surveillance footage from the night Rich was killed, says the witness’ testimony confirms two men involved in the shooting.

“What the witness says matches what the police say and matches what we know from the surveillance videos,” he said. “The police let me see the video. The police said the video clearly identifies the pant legs of two men. So, there were two men involved in the killing that night. I now believe that in the next 3 to 4 weeks the entire matter will be resolved. It’s the beginning of the end.” 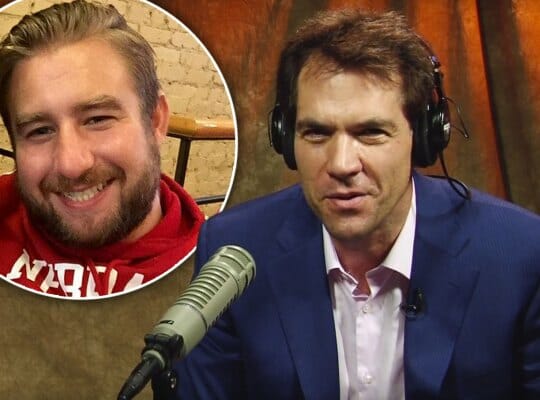 Rich, 27, was a DNC voter expansion data director for two years and had accepted a position with Hillary Clinton’s campaign. He was murdered in Washington, D.C., on July 10, 2016, near his apartment in an affluent neighborhood. Rich was shot twice in the back with a handgun, and his wallet, credit cards, watch and phone were left in his possession. The Metropolitan Police Department has described it as a “botched robbery.”

Private investigators have claimed there is evidence Rich was the source who provided WikiLeaks with thousands of bombshell emails that rocked the Democratic National Committee in the summer of 2016 just ahead of its convention and the 2016 election. WikiLeaks founder Julian Assange has also insinuated Rich was the source WikiLeaks used to obtain the emails.

I’m not sure who the interviewer is in the following video, but he is OUTSTANDING! Watch as he drags the truth out of Julian Assange, asking just the right questions at just the right time in machine-gun cadence, stunning Assange, who barely has time to answer one question before the interviewer fires another truth-exposing question.

Discussing the Seth Rich murder, the interviewer sets it up by contesting Assange’s claim that Seth Rich was murdered by countering the claim with, “That was just a robbery, wasn’t it?”

Assange denies that it was a robbery (clearly it was not – it was a “hit,” a political “hit”) by asking at the :45 mark, “What are you suggesting?”

“Was he one of your sources, then?” asks the interviewer quickly, giving Assange little time to think through a more careful response.

At the 1:00 mark, caught off guard, Assange, perhaps subconsciously, nods “yes” several times before verbalizing, “We don’t comment on who our sources are.”

The emails indicated the Democrat Party was manipulating the primary race in favor of Hillary Clinton and sabotaged the Bernie Sanders campaign, led to the resignation of then-DNC chairwoman Debbie Wasserman Schultz. On July 22, just 12 days after Rich’s death and days before the Democratic Party Convention in Philadelphia, WikiLeaks released 20,000 emails from DNC officials.

As Gateway Pundit reported, Burkman was shot at and run over by the former U.S. Marine Kevin Doherty on March 13 who he hired to help him get to the bottom of the case. Doherty – who claims he worked as a special agent and criminal investigator in the intelligence community – was subsequently arrested by Arlington County police on charges of malicious wounding and use of a firearm in commission of a felony.

And, then there was the attack on Burkman who could have died as a result….

There has been an arrest made in the attacks on me. Thank… https://t.co/ooii7WWL5K

The witness informed Burkman that Doherty was well acquainted with the two government employees that killed Rich, but he was unaware Doherty worked as Burkman’s lead investigator and tried to kill him earlier in the year.

“The witness himself didn’t know that I had been shot by Kevin Doherty. Before we even told him that, he told us that Doherty was friends and palled around with the ATF agent and the DEA agent who shot Seth. That’s why we think the witness is credible,” he said. “There wasn’t much coverage of my shooting. The witness didn’t see the coverage and didn’t know. We didn’t tell him, he told us before we told him.” 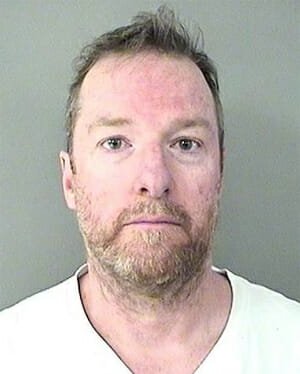 “We believe that Kevin Doherty may have been a plant in my organization, to kill me and stop my investigation,” he added. “He was carefully playing the role.”

Despite nearly getting killed while investigating the Rich case, Burkman says he doesn’t “live in fear”and neither should the witness.

“I now have armed guards all the time. And we will have even more armed guards at the press conference the place will be surrounded with private armed security,” he said. “But once we start living in fear we might as well have Adolph Hitler in power. Once you live in fear, there’s no reason to have won World War II.”

Following the press conference, Burkman will hold a candlelight march to the spot where Rich was killed.

“I promised the Rich family that I would find their son’s murderer. Their son was a great patriot and a great young man and it is for that reason that I want to solve this murder,” Burkman said. “His heart was in the right place and I want to honor him. We are one big political fraternity. This could have happened to any of the young people who work for me, Republican or Democrat, I employ both. This could happen to anyone of those young people.”

Burkman has created, paid for and erected billboards in the neighborhood where Rich lived and died; built the website WhoKilledSeth.com  and canvassed the neighborhood with Seth Rich’s parents. Last year, he sued the Democratic National Committee for the release of the hacked DNC server he claimed will reveal key information in solving the murder of DNC staffer Seth Rich.

The DC-based attorney has also offered a $130,000 reward of his personal money for information leading to the arrest of Rich’s killer. WikiLeaks is offering $20,000, One America News Network $100,000, the D.C. Metropolitan Police Department $25,000 and Businessman and investor Martin Shkreli $100,000.

The DNC has yet to offer a reward for information leading to the arrest of the murderer of its own young staffer. The DNC honored its murdered employee by dedicating a bike rack outside its headquarters to Rich’s memory. 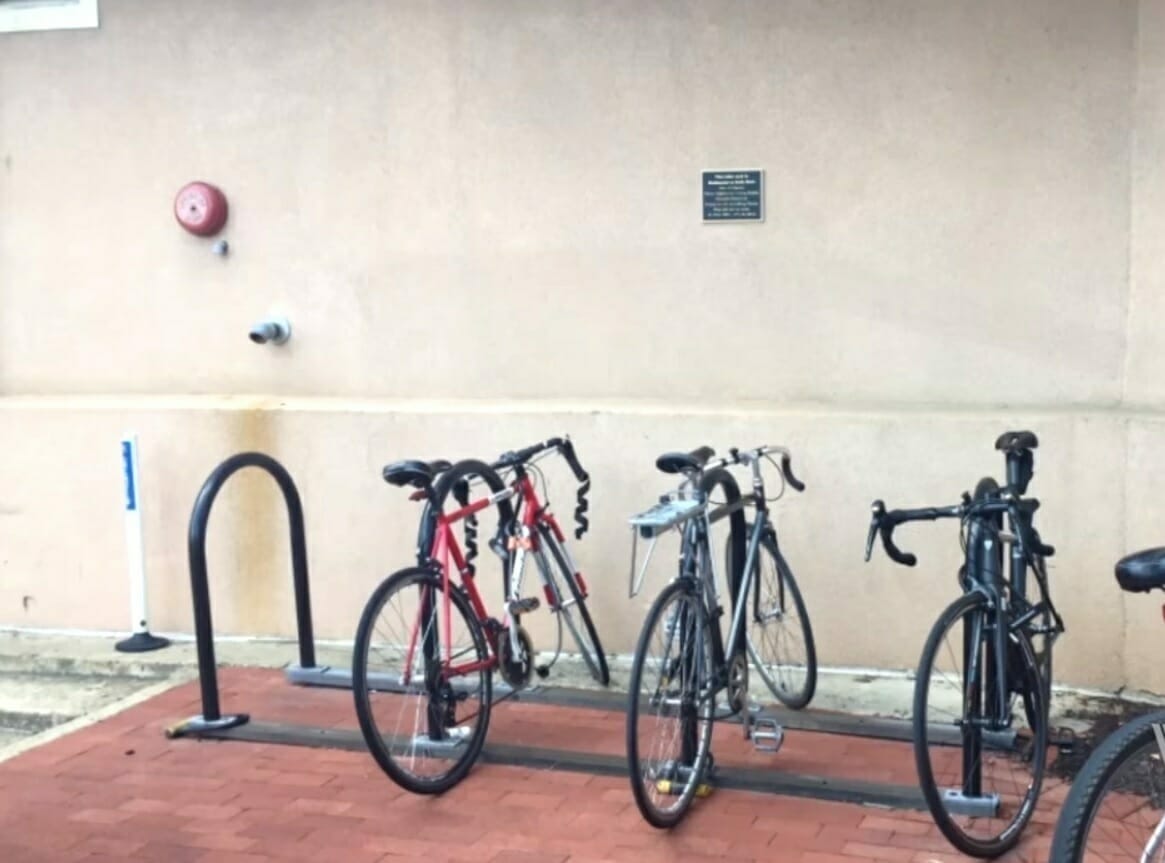 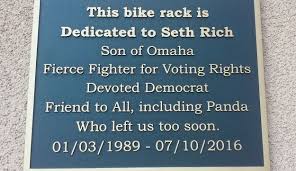 I am praying that this new witness secures the noose around Hitlery’s neck and the necks of her demonic henchmen. May it finally destroy the Democrat Party, which has been nothing more than a foul assemblage of the worst scum America has produced since the founding of the KKK.

The Number Of Elderly Dying After Getting The Pfizer CONvid-1984 Jab Rises In Norway – Government Claims Vaccines “Risky” After The Fact
January 17th, 2021 Sons of Liberty Media