“By the book.” Susan Rice’s weird CYA email to herself on Inauguration Day in an attempt to exonerate Barack Hussein, actually implicates him

It is now painfully obvious that many players in the administration of Barack Hussein acted outside the law in a conspiratorial attempt to destroy candidate, then President-Elect, then President Trump. How deep the corruption actually goes is yet to be seen, but by all appearances thus far, it goes ALL THE WAY! All the way to the top.

The text exchange between Peter Strzok and Lisa Page is clear evidence of Barack Hussein being fully in the loop, if not actually directing the operation involving the illegal surveillance of candidate Trump. 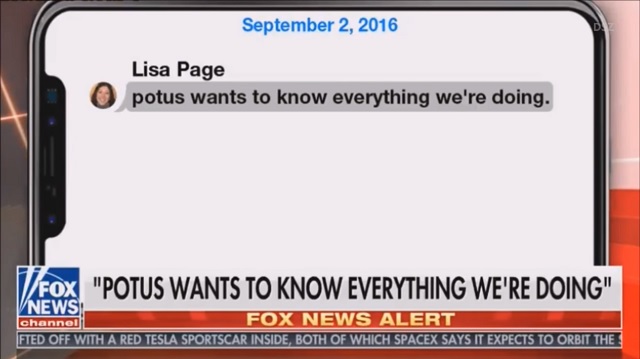 I believe that Bill Preistap’s testimony will likely also place Hussein well within the loop, and now a strange Inauguration Day email by Susan Rice to herself appears to confirm Hussein’s direct involvement in the operation, even though she apparently wrote it in an attempt to distance him from the rogue illegality underway, pinning it on subordinates.

Twice in her self-addressed email, Rice declared that Hussein wanted things done “by the book.” This is an obvious attempt to clear him of any wrongdoing, and I don’t think it is going to work. There is now the contrary statement from Page to Strzok, Rice’s email to herself, below, and I believe Mike Horowitz’s IG report is going to be a bombshell. 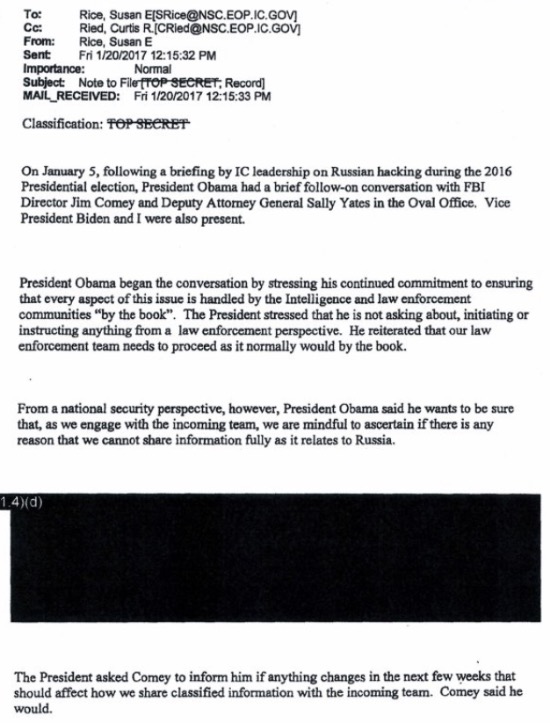 .@JordanSekulow on Susan Rice email: "She remembered to do it right before she lost her job." https://t.co/CI32Z2V5Xk pic.twitter.com/U7AVAB93ON

.@AGPamBondi on Susan Rice email: "To say that the President of the United States Barack Obama didn't know what was going on is ludicrous." https://t.co/CI32Z2V5Xk pic.twitter.com/ZNaffUwhKU