Creepy Uncle Joe was broke two years ago. Now he is worth $15 million. Where did it come from? Isn’t it obvious? Investigate THIS, Congress!

The Ukrainian connection that the Democrats have tried desperately to pin on President Trump as grounds for impeachment and removal from office has uncovered a REAL scandal, Joe Biden bribing the president of Ukraine into firing a prosecutor who was investigating Biden’s son, warning President Zelensky that he, Joe Biden, would stop a much-needed billion dollars in foreign aid if said prosecutor was not fired.

Except it is more than a scandal, in my opinion. It is a crime. A very serious crime. It is bribery on a grand scale, a billion-dollar scale.

I am not relying on some super sleuth gumshoe or secret informant for evidence backing my claim. No, the evidence proving Creepy Uncle Joe’s bribery comes from the mouth of the former Vice-Moron himself. Not only did he brazenly commit bribery of unimaginable magnitude, but then bragged about it on video.

Haven’t you heard, Joe, the internet is forever.

Creepy Uncle Joe has amassed over $15 million in less than two years, far more than can be explained from his speaking engagements, vice-presidential pension, and other reported income. So, where did the money come from? One would have to be incredibly naive to not believe that the source of Biden’s newfound wealth is Ukraine.

You want to investigate an American politician involved in Ukrainian corruption, Congress? You should be tracing every paper trail you can find between the Bidens and Ukraine. THAT is a worthy investigation. 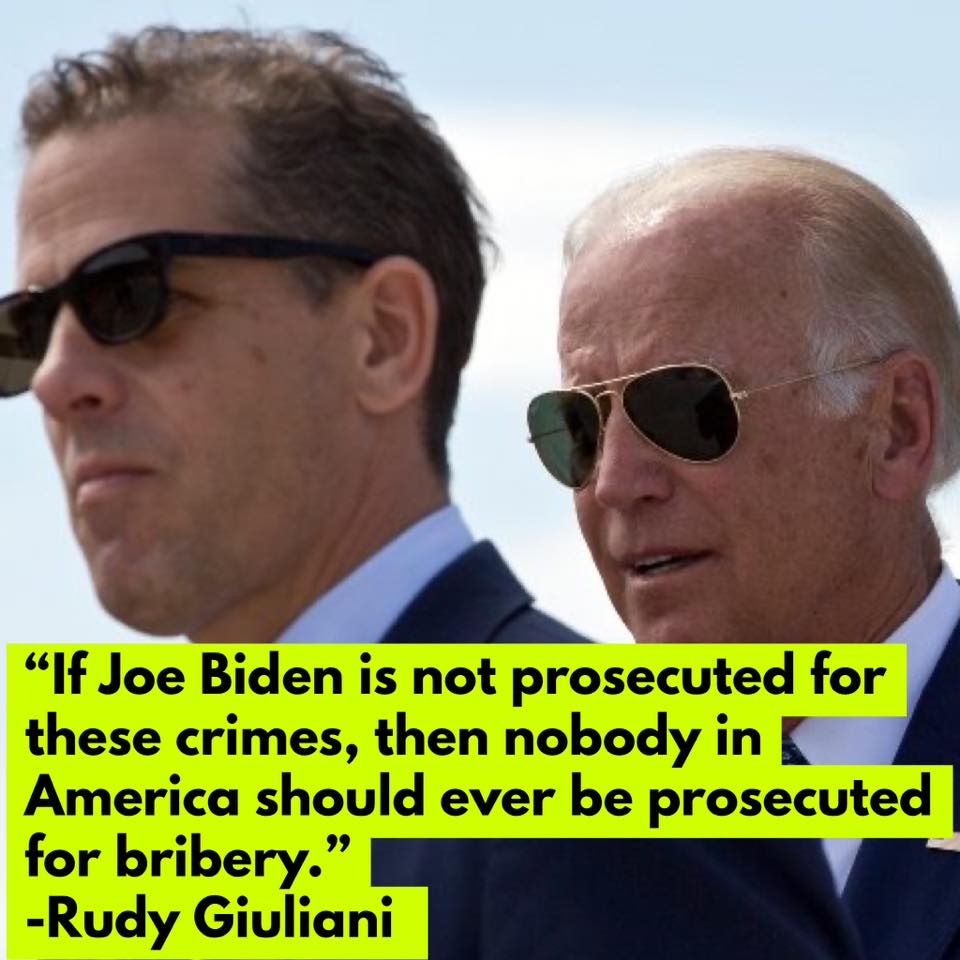 By Washington DC standards, Joe and Jill Biden were paupers. When their son, Beau was terminally ill they considered having to sell their house to help pay his medical bills. According to a Forbes Aug 2019 article: “When Biden ended his term as vice president in January 2017, he filed another financial disclosure form, listing assets and liabilities worth somewhere between negative $897,000 and positive $489,000”. In other words, they were underwater.

Then a miracle happened. The floodgates opened and money came pouring in. Again from this Forbes 2019 article: “But over the next 23 months, the Bidens earned more than $15 million, according to tax filings.” Supposedly this money came from speaking fees of 2.4 million (wife, Jill even managed $700K), book signings, and a Penn State professorship worth almost a million dollars a year. This doesn’t add up to anywhere near 15 million, so the balance came from somewhere else.

Manna from Heaven (or somewhere)

Over the years, the Bidens had refinanced their family home several times to keep their heads above water, but in 2017 they somehow managed to purchase a 4500 sq ft “vacation home on the water in Rehoboth Beach, Delaware, and pay off a mortgage on their family home. The purchase price for their new home is unknown, but it was previously listed for 3 million dollars.

As the Burisma and China banking scams are unearthed, we’re lead to believe this was all done to help the Biden’s remaining son, Hunter. Somehow, Joe Biden used his political influence to set up his coke-snorting, womanizing, ne’er do well son with a large fortune, while he and the missus were sweating out paying the gas bill. Get real!

Investigators should be looking at the money trail, starting with Ukraine and China, and probably ending up in Joe and Jill’s portfolio.