Is it just me or would anyone else like to see Barack Hussein’s fake birth certificate exposed and his presidency declared illegitimate and erased from history? And, while we are at it, let’s prosecute him for fraud, which can be added to the charges of treason and sedition. That should keep him off of the street for a while.

Two renowned independent forensic experts, one a hardcore Obama supporter, have studied Obama’s birth certificate thoroughly and declared it not only a fraudulent document, but a poorly fabricated fraudulent document. Will there ever be justice in this horrific case of fraud at the highest level?

Trending: Another honest presidential poll to counter the bullsh!t the mainstream media is trying to shove down our throats

With the help of the complicit mainstream media, no matter the mountains of evidence and even proof, Barack Hussein has dodged prosecution, investigation, even the least bit of attention for the many acts he has committed that would be considered criminal if committed by anyone else.

Barack’s older brother, Malik, has written a tell-all book regarding his “rich snob” of a brother he despises. 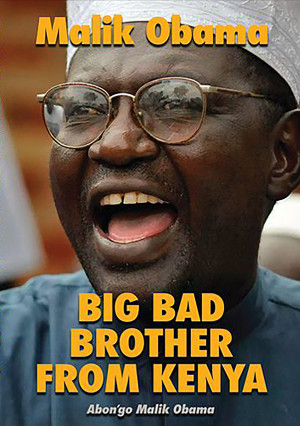 A “cold and ruthless” President Obama abandoned his Kenyan family in their greatest hours of need, according to a new tell-all by estranged half brother Malik Obama.

“He got rich and became a snob,” Malik, 62, told the New York Post via Skype from his home in the Kenyan village of Nyang’oma Kogelo. “What I saw was he was the kind of person that wants people to worship him. He needs to be worshiped and I don’t do that. I am his older brother so I don’t do that.”

The book, “Big Bad Brother From Kenya,” a self-published memoir which Malik Obama spent 22 years writing, hit Amazon with little fanfare on July 11. In its 435 pages, Malik covers the long and gradual falling out between him and the former President, which culminated in Malik publicly endorsing Donald Trump for president in 2016.

Both Malik and Barack Obama share the same father, Barack Hussein Obama Sr., a Kenyan economist who died in a car accident in 1982. Malik first met his half brother in 1985 when Barack was a 24-year-old Chicago community organizer, and they enjoyed warm relations for more than a decade. Malik spent years working in the United States, where he has dual citizenship, and frequently traveled between the US and his homeland. Malik was the best man at Barack Obama’s wedding in 1992. When Barack became president, Malik was a regular visitor to the Oval Office.

Today Malik works full time at a foundation named after their father. He hangs on to a trove of old photos showing him and a carefree Barack spending time together in Kenya. Many are included in the book.

The first fissures appeared shortly after Barack was elected to the White House, and Malik told him of his plans to set up the foundation.

“We had a big fight on the phone because he was not in support and insisted I shut down the website and not continue with the foundation. He had his reasons but I was not having any of it,” Malik writes, describing a stormy call shortly before the 2009 inauguration. “We talked late into the night that night. He threatened to ‘cut me off’ if I continued with the idea.” 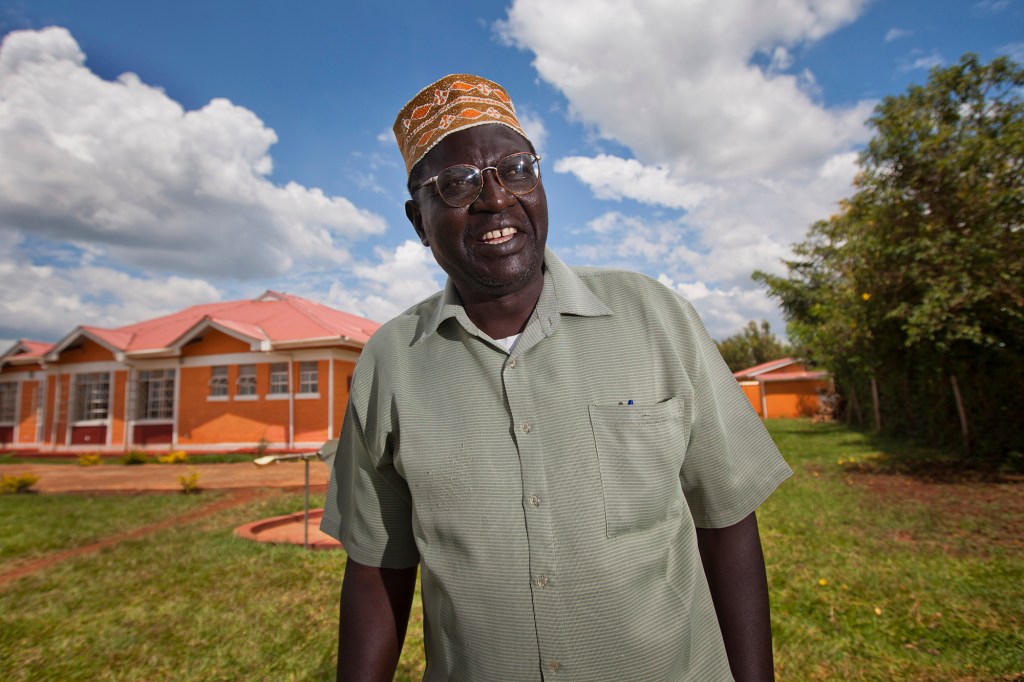 The president, in retrospect, might have been right to be skeptical. In 2011, the foundation ran into trouble for failing to register as a tax-exempt, federally recognized nonprofit — and falsely claiming that it had. While the foundation still technically exists, it’s raised less than $50,000 each year since 2011, according to tax filings.

In the same call, President Obama also informed his brother that his aunt, Hawa Auma Hussein, the only surviving full-sibling of their father, wouldn’t be making the guest list for the inauguration. While Obama was in the White House, Aunt Hawa lived in near-poverty working as a charcoal seller, in a collapsing house, according to local Kenyan media.

When Barack Obama visited Kenya in July 2015, brother Malik made a personal appeal on behalf of Hawa during a family dinner.

“It was awkward as I tried to convey Auntie Hawa’s wishes to her nephew. She wanted him to look out for her, build her a house, etc. I told him he owed it to her, to the family for him to do anything, something,” Malik writes. “Barack said that he was broke.”

Another aunt, Zeituni Onyango, fared no better, squatting illegally in Boston public housing before being granted asylum in 2010. When she died penniless in 2014, Malik Obama made a reluctant appeal to his brother for help burying her.

“We needed to pay for the bills and the cost of her transportation back to Kenya,” Malik writes of an Oval Office meeting on April 16. “[Barack] asked me how much and I told him roughly $20,000. This was too much he said.”

The president ultimately gave $5,000 to the effort but it took another month before the Obama family could raise the rest of the funds.

“She really had been good to him,” Malik Obama writes. “I don’t understand how somebody who claimed to be a relative or a brother can behave the way that he’s behaving, be so cold and ruthless, and just turn his back on the people he said were his family.”

The older brother also took a swipe at Barack Obama’s memoir, “Dreams From My Father,” which he says “wasn’t accurate” and filled with “embellishments.” The book cited claims of their grandfather being detained and beaten in 1949 by British colonial troops as likely false — an assessment other scholars have also come to.

Malik Obama made national headlines after announcing he was supporting Trump over Hillary Clinton. He became one of the billionaire’s most ardent defenders on social media, earning a hit piece in BuzzFeed and an invitation to the third presidential debate, where he palled around with Kellyanne Conway.

He also mocked the Democratic nominee Joe Biden as too old and feeble to win.