Made in China. Like Barack Hussein’s birth certificate, his portrait is the work of an untalented manipulator who hires other artists to paint his work

The first thing I noticed about Barack Hussein’s official presidential portrait was the fact that our 44th president, seated in a cheap chair, appeared to be suspended in a hedge. What the hell is up with that?

Secondly, I could hardly focus my attention on the subject of the painting due to the annoyingly distracting background with repeating patterns like antebellum wallpaper.

“Repeating patterns that look like antebellum wallpaper is a Wiley thing and is a recurring feature in much of his work, or rather the work of artists (to be kind) in China, where much of Kehinde Wiley’s art is produced (“painted” is not exactly the right word).

Trending: Welcome to 1984. Somewhere, George Orwell is crying himself to sleep

Note the repeating patterns in the Hussein portrait, like so many layers of a fabricated PDF birth certificate, successfully sold to the American people by Hussein and his trained seals in the mainstream media as the real deal…. 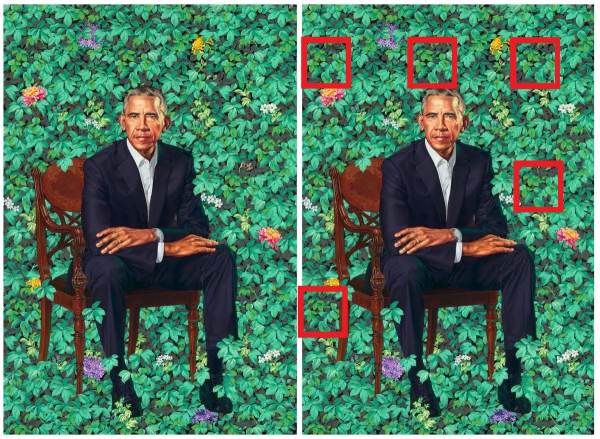 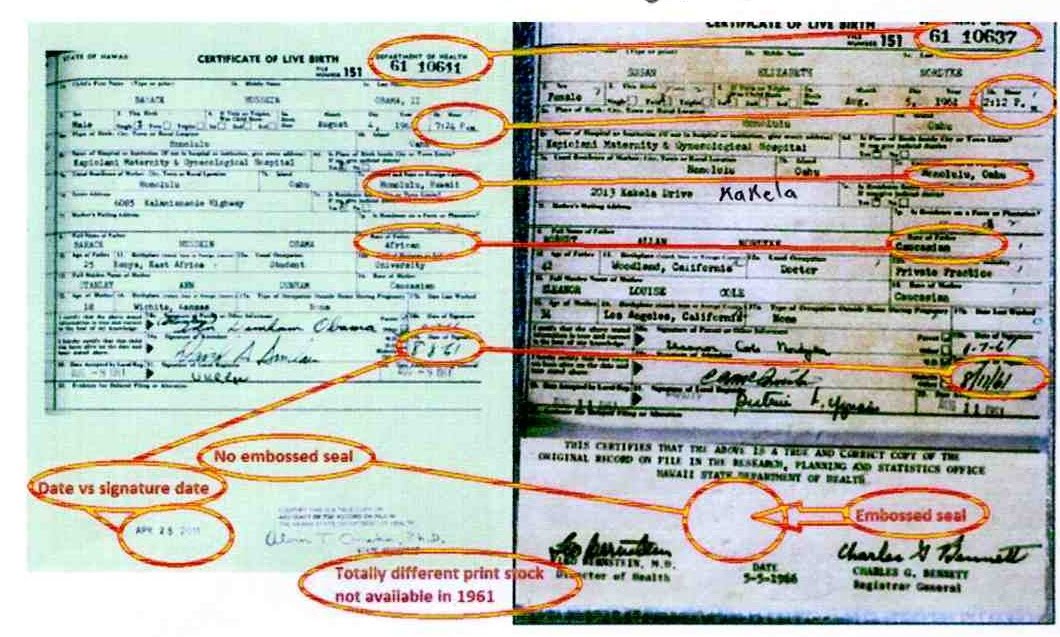 From Lucian Wintrich, The Gateway Pundit

Since Obama’s portrait was unveiled, I’ve received a flurry of text messages from outraged artist friends I made while living in New York. No, they weren’t outraged because they saw Kehinde Wiley’s other painting that feature black women murdering white women. They were outraged because Kehinde Wiley is a terrible artist who only rose to prominence, something they have been attempting to do their entire lives, in the art world because he is a racist gay black man. And if that werent enough: he doesn’t even paint his own work. 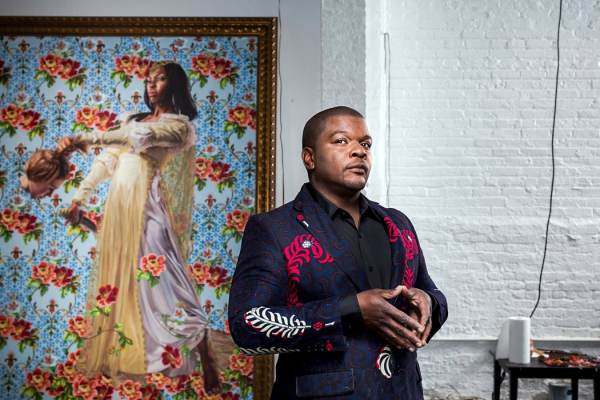 Back in April 2012, Wiley New York magazine wrote a glowing piece covering Wiley and his “global reach.” When Wiley was asked about one of the anti-white paintings in his studio, his response is not only shocking but shows a complete lack of any sort of intellectual depth:

A tall, elegant black woman in a long blue dress—the canvas is enormous, eight feet by ten feet—calmly staring down the viewer. In one hand, she holds a knife. In the other, a cleanly severed brunette female head. “It’s sort of a play on the ‘kill whitey’ thing,” Wiley says. […]

That unabashed bombast has made Wiley a walking superlative: the most successful black artist since Basquiat, possibly the wealthiest painter of his generation, certainly the one who made his name earliest (he was 26 for his first major solo show), a gay man who has become the great painter of machismo for the swag era, a bootstrapper from South Central who talks like a Yale professor (much of the time), a genius self-­promoter who’s managed to have it both ways in an art world that loves having its critical cake and eating the spectacle of it, too, and a crossover phenomenon who is at once the hip-hop world’s favorite fine artist (Spike Lee and LL Cool J own pieces) and the gallery world’s most popular hip-hop ambassador. Not to mention an all-around positive guy.

Which gets back to a major problem here, and the frustration of one of my painter friends in New York, a Japanese-born artist who immigrated to the United States a decade ago. My friend is highly skilled (I would include some of his work but he wishes to remain anonymous) and, similar to Wiley, draws stylistic inspiration from classical artists such as Caravaggio and Gentileschi. Irately he texted me in his typical broken-English:

His works are Billboard painting quality. If he was white, he has no enough skill to be famous artist.

This went on to him expressing frustration at the art world, especially in New York where tastes are created and artists are seen to emerge more so than anywhere else in the US, that there is not so much a demand for quality in the art world anymore. There is more of a demand for affirmative action. He described an artist friend of his whose assistants (a disgustingly common practice these days among “artists” who’ve made it) are primarily composed of white girls, but when any sort of New York art media or coverage enters his studio for a profile, his assistants quickly change race and gender: “My friend was working in his studio. There were many white girls in his studio. But when shooting for magazine or film came to his studio, he hides white assistants and showed only Latino boy assistants. He knows how to show himself on media.” So, alright, affirmative action seems to be a major thing in New York – if you are white, or even Asian, you can count on a struggle. The art world doesn’t want you because they’re too busy propping up those technically bad painters who happen to be able to tick more boxes off the intersectionality checklist.

And Wiley certainly can check quite a few boxes off that checklist: a black, gay man, who pushes the anti-white rhetoric that the left revels in these days. But there is another problem, a big one:

A common technique used, especially by Chinese labor “painters” who mass produce work, is to repeat a pattern over and over rather than use an artist’s intuition to create a scene.

The fawning New York Magazine piece makes this clear after the writer attempts to snap a few pictures of the studio space. Wiley immediately grows uncomfortable and begins skirting around the truth:

There’s nothing new about artists using assistants—everyone from Michelangelo to Jeff Koons has employed teams of helpers, with varying degrees of irony and pride—but Wiley gets uncomfortable discussing the subject. “I’m sensitive to it,” he says. When I first arrived at his Beijing studio, the assistants had left, and he made me delete the iPhone snapshots I’d taken of the empty space. […] “I don’t want you to know every aspect of where my hand starts and ends” […]

Producing work in China cuts costs, but not as much as it used to, Wiley says. These days in Beijing he employs anywhere from four to ten workers, depending on the urgency, plus a studio manager, the American artist Ain Cocke.

And there you have it, disgusting as it may be. Is the skill of Wiley’s work good? No, but maybe that’s because he outsources the work to underpaid Chinese labor. Are his concepts good or original? No. It’s very unoriginal these days to be a racist black man whose raison d’etre purely centered around anti-white ideologies. So why is Wiley famous now? How did a former president of the United States end up tapping this sly con artist to paint his portrait, an incredible honor for any artist? What does it say about the state of the arts and modern American culture that we’re willing to pay a hustler hundreds of thousands of dollars to have underpaid Chinese women paint large anti-white paintings? 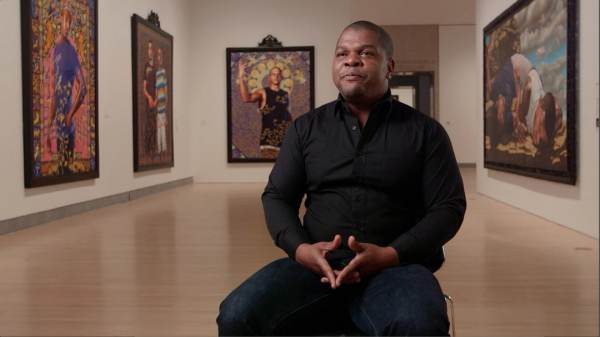 All that can be definitively answered is: A racist con-artist is being propped up by not just the deranged art world but a former president, and that should trouble everybody.

After Supporting Censorship Of Others, Mother Jones Now On Receiving End Of It
October 29th, 2020 Sons of Liberty Media

Ruh-Roh– Top Democrats Begin to Panic As Biden Mirage Dissipates and Reality Sets In
October 29th, 2020 TCP News
Send this to a friend