Fake News from Time, which knowingly lied, leading readers to believe this crying little girl was separated from her mother, which never happened

Photo, above: Lying Time magazine published this photo on its cover to throw gasoline on the flaming false narrative that President Trump is imprisoning young children at the border just because he is a really mean guy. The crying little girl pictured was actually never separated from her mother. But, Time figures why tell the truth when that would blow the whole “Trump is Hitler” narrative out of the water. So, they lie, standard operating procedure for the mainstream media.

This is how complicated the illegal immigration issue is and how much worse the vile mainstream media is making it by outright lying.

Time magazine published the story of this middle-class Honduran woman who felt it was her right to illegally sneak into the United States. She had attempted once before and was deported.

Trending: Kamala Harris is not eligible to serve as president. She is not a “natural born” citizen. Neither of her parents were American. Who cares, right?

This time she paid a smuggler $6,000 to sneak her and her daughter, who she had kidnapped from the father, into the US. She was apprehended again.

Time ran the photo of the two-year-old, all alone, crying, standing in front of President Trump, who is looking down at her sternly, with the caption, “Welcome to America,” painting the picture that this little girl is all alone and President Trump is a monster who is imprisoning her and frightening her to tears, which is not misinformation, it is an outright lie!

The mother and daughter have never been separated and are living very comfortably in a US detention center awaiting adjudication of their case and likely another deportation back to Honduras, all being paid for by Mom and Pop America, of course.

The woman’s husband, Denis Hernandez, who is employed and lives well in Honduras, is very angry with his wife who took his daughter without his permission on the dangerous journey through Mexico and across the US border. He is anxious for his daughter’s return and is looking forward to her being deported back to Honduras.

Time magazine exposed itself as “fake news” again amid revelations that the crying girl it plastered on its anti-Trump cover was not separated from her mom the way it claimed.

It turns out that the person who separated the little girl from her Honduras-based family was her own mother. The girl’s father told the Daily Mail that his wife Sandra Maria Sanchez basically kidnapped their 2-year-old daughter, Yanela Denise, and snuck into the United States against his wishes. 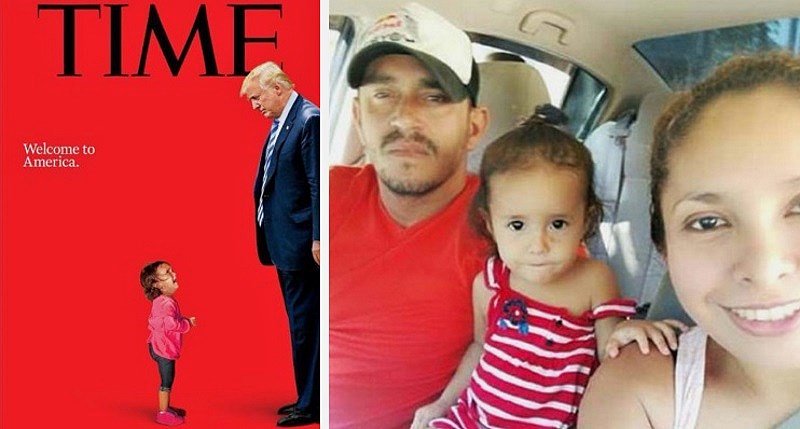 Denis Javier Varela Hernandez said his wife Sandra Maria Sanchez kidnapped their daughter to sneak into the US. (Facebook)

Denis Javier Varela Hernandez said he hadn’t heard anything from his wife Sandra or daughter Yanela Denise for three weeks until he saw the photo of her being pulled over at the Texas border.

The photo was splashed across the covers of the New York Times, the New York Daily News and other newspapers to foment anti-Trump outrage amid the decades-long border crisis.

Hernandez, 32, has since learned that his wife and daughter are doing well and are being detained together at a taxpayer-funded family residential center in Texas.

“You can imagine how I felt when I saw that photo of my daughter. It broke my heart,” Hernandez said. “It’s difficult as a father to see that, but I know now that they are not in danger. They are safer now than when they were making that journey to the border.” 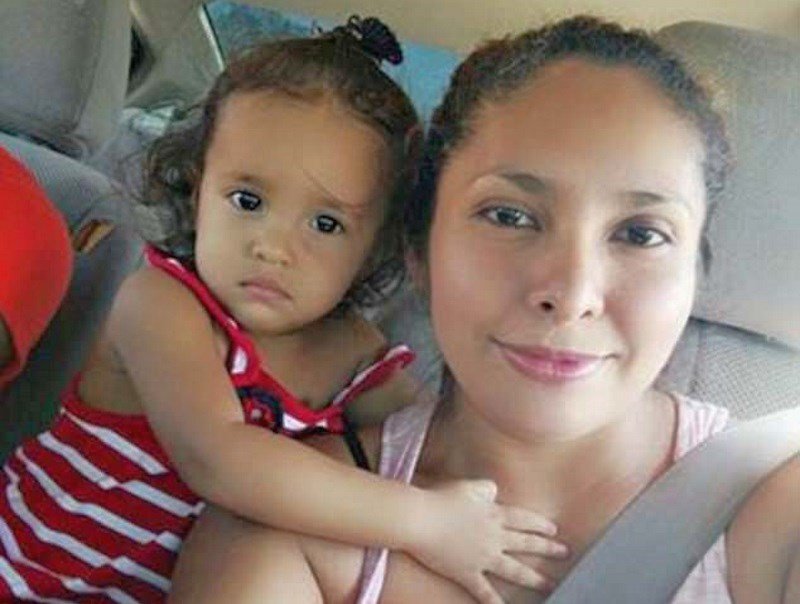 Sandra Maria Sanchez was deported back to Honduras in 2013 but snuck in illegally again in June 2018. (Facebook)

Sandra Maria Sanchez was deported back to Honduras in 2013 and got pulled over by Texas police on June 2018 when she snuck across the border in defiance of federal law.

Because she had been deported before, Sandra should have been prosecuted under President Trump’s zero-tolerance policy, which meant she should have been separated from Yanela, but that did not happen. An ICE statement explained:

On June 12, 2018, Sandra Maria Sanchez, 32, a previously deported woman from Honduras illegally re-entered the United States. She was arrested by agents with U.S. Customs and Border Protection’s Border Patrol near Hidalgo, Texas, while traveling with a family member.

On June 17, 2018, Sanchez was transferred to ICE custody, and is currently housed at the South Texas Family Residential Center in Dilley, Texas. Her immigration proceedings are ongoing.

Denis Javier Varela Hernandez said he is employed in the Honduras and his family lived well, but his wife wanted to go to the United States to experience “the American dream.”

For the record, a dictionary search of the “American Dream” defines it as: “The ideal that every US citizen should have an equal opportunity to achieve success and prosperity through hard work, determination, and initiative.”

Nowhere in the definition does the “American dream” entail kidnapping a child and illegally smuggling her into the United States and then living free in a taxpayer-funded residential center.

Despite the fact that Sandra was not being persecuted in her homeland, she’s seeking political asylum, even though she’s merely an economic migrant. That’s a grave disservice to actual political refugees, who are seeking asylum for legitimate reasons.

Hernandez said Sandra paid $6,000 to smugglers to sneak her and their daughter illegally into the U.S. but all he wants is to be reunited with his child. Hernandez said he hopes his daughter gets deported back home.

“I don’t have any resentment for my wife, but I do think it was irresponsible of her to take the baby with her in her arms because we don’t know what could happen,” he said. “I never got the chance to say goodbye to my daughter and now all I can do is wait.”

Twitter pointed out that the mainstream media’s lies have been blowing up in their faces in their desperate attempts to attack President Trump, who merely wants to protect Americans by securing the nation’s borders.

I spoke to the father of the little Honduran girl photographed crying at the border. He says he has yet to speak to his wife and daughter but reveals they were never separated and are 'safe' https://t.co/SkZ7VHKlqc

In addition to the daughter who accompanied Mrs. Hernandez on her dangerous trip to illegally enter the United States, she has three other children in Honduras, who she apparently abandoned to make the trip to the US.

For when they delete it. pic.twitter.com/bJAUTisxQ5

And, this just in. Senator Moron Menendez uses Time’s fake news to attack President Trump, making himself look like a certified dumbass.