Project Veritas infiltrates Antifa and confirms that it is a terrorist organization. All members should be arrested for sedition and tried as enemy combatants

An undercover operative from Project Veritas infiltrated the most notorious Antifa chapter, located in Portland, Oregon. He was trained to gouge eyes, break ribs, and damage internal organs (liver and kidneys) to intimidate and punish patriots.

Antifa is no longer a local police matter. We are talking national security. I have to believe that a preview of this video prompted President Trump to declare Antifa a terrorist organization.

Indeed, Antifa is a terrorist organization! All of those identified in this video should be arrested immediately for seditious conspiracy and jailed without bail, pending trial. As terrorists, they should be declared enemy combatants and tried as such by military tribunal. They should also be waterboarded (uh…. I mean subjected to enhanced interrogation) for maximum intelligence gathering and the homes and offices of their leaders raided to confirm the identity of their funding source(s).

Having been the victim of an Antifa gang beating himself, Andy knows a terrorist organization when he sees one! 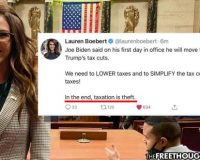 CNN Medical Analyst Says Christmas Is Cancelled: ‘We Just Can’t Do It This Year’
November 30th, 2020 The Political Cowboy 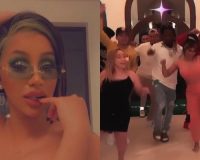