Happy Mother’s Day to Joe Biden, the best the Democrats have to offer in 2020!

Photo, above: Joe Biden, back in the day, feeling up WC Fields to the shock and dismay of all present

Happy Mother’s Day to all of you proud mothers out there, especially Joe Biden! It’s true, Democrats still believe that “mother” is only half a word. Since the word “mother” is inconsistent with their favorite cause, abortion, you will not find it in the Democrat vocabulary.

Former Vice-President McFeely (no relation to Mr. Rogers’ longtime speedy delivery pal) may not be articulate and clean, but he is fair. He discriminates against no one. Joe will feel up a child, a great-grandmother, a farm animal, or an unsuspecting dude. A paragon of diversity and equality, Joe Biden never met a gender or species he didn’t like and has been eager to prove it.

Trending: The real John McCain. “33 POWs faced execution for treason after Vietnam until Nixon pardoned all POWs.” McCain was #1 on the list

Like a hound carefully evaluating his target du jour to determine if she is in heat, Uncle Joe is a sniffer. Considering that he was once a heartbeat away from becoming the most powerful man on the planet, watching him semi-consciously squeeze and sniff females of all ages in public is disturbing, to say the least.

However, it isn’t only females who have reason to be uncomfortable around crazy Uncle Joe. Check out Barack Hussein’s #2 (so to speak) in the photo, above, feeling up a law enforcement officer who looks remarkably like W. C. Fields, while onlookers stare in disgust as the Vice-Pervert casually makes his move up the cop’s leg. 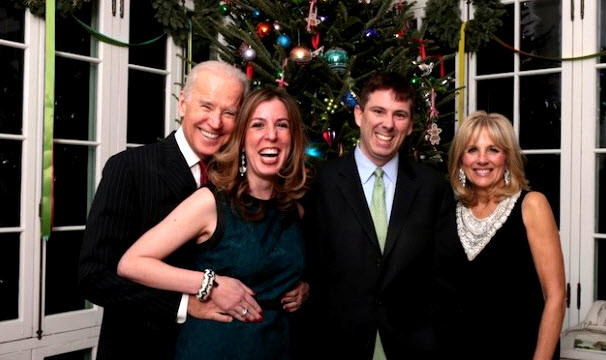 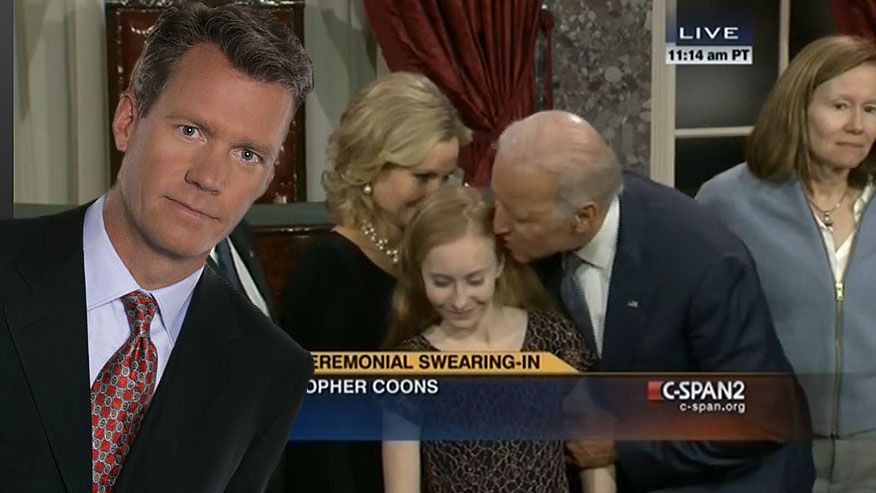 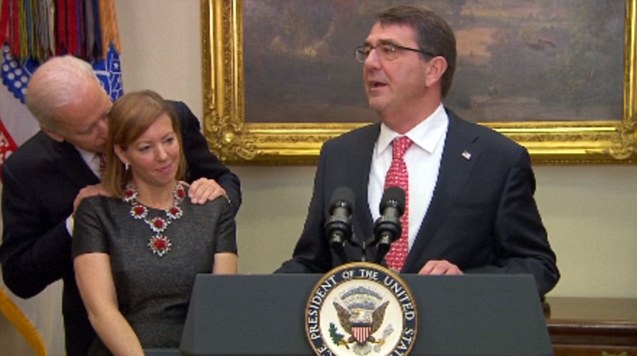 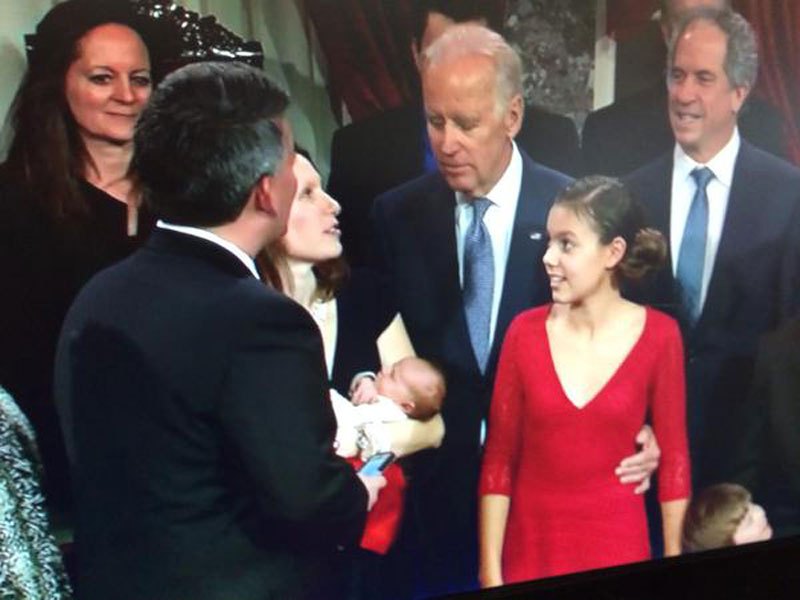 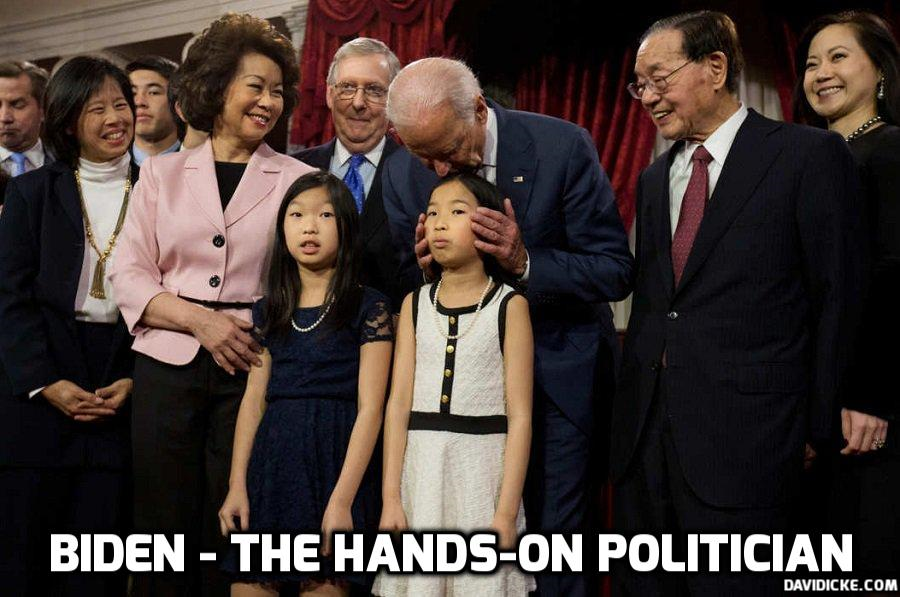 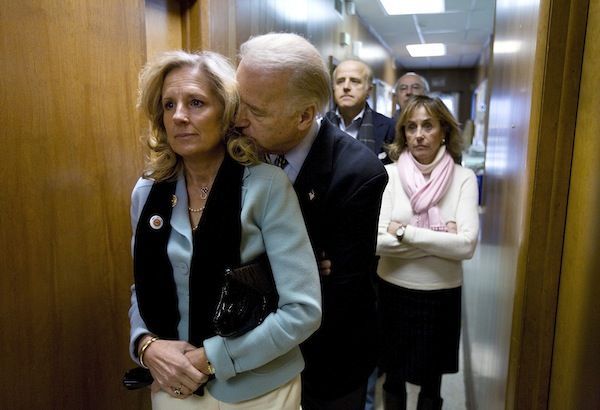 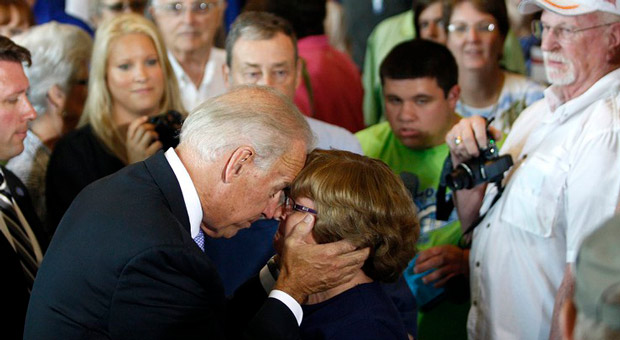 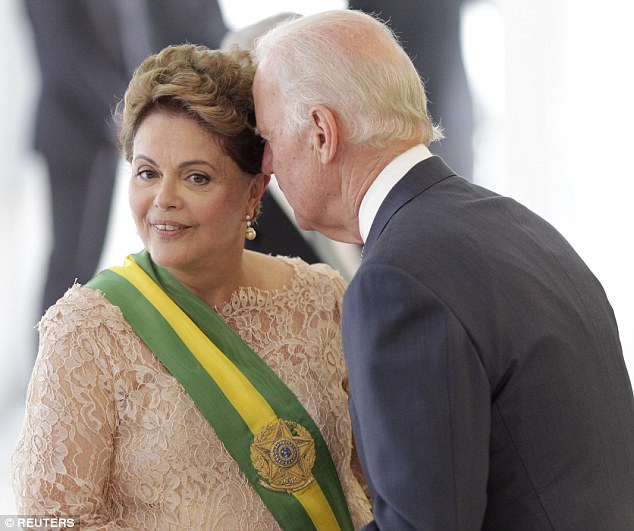 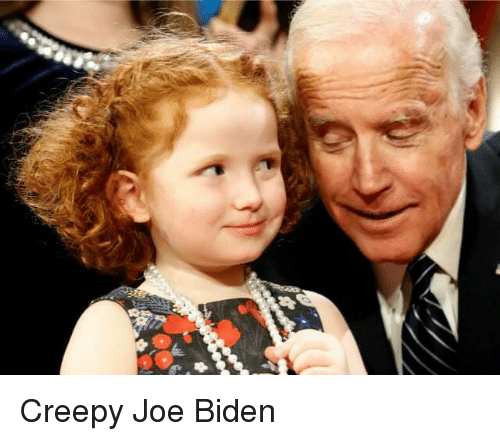