Photo, above: The Wicked Witch of Benghazi celebrating with pal Susie Tompkins Buell, who paid $500,000 to fund women willing to accuse President of sexual misconduct

President Trump, you claim you want to drain the swamp. Here is a YUGE swamp rat, low hanging rodent, if you will, waiting to be dragged from the swamp.

Lisa Bloom was paid big money (over a million dollars that has been discovered so far) to in turn pay random women to simply accuse President Trump of sexual misconduct. No evidence necessary. Just making the claim is all that needs to be done. The Trump-hating mainstream media will take it from there. Easy money!

Bill O’Reilly suggests ordering the FBI to open an investigation into Lisa Bloom and the sources of the steaming pile of cash she has been offering her stable of prospective accusers.

I say you can trust a used car salesman as much as you can trust the FBI, which has big swamp issues of its own. Until partisan hacks in the FBI have been cleaned out, I wouldn’t trust the Bureau any farther than I would trust their past two directors, Mueller and Comey.

Hiring an impartial, independent, trustworthy special counsel to investigate this vile and illegal conspiracy is the way to go. If only one woman comes forward (offered immunity) and testifies that she was never improperly treated by President Trump but was offered money to falsely accuse him of sexual misconduct, then there will be swamp rats sent where they belong…. JAIL!

And everyone lived happily ever after. 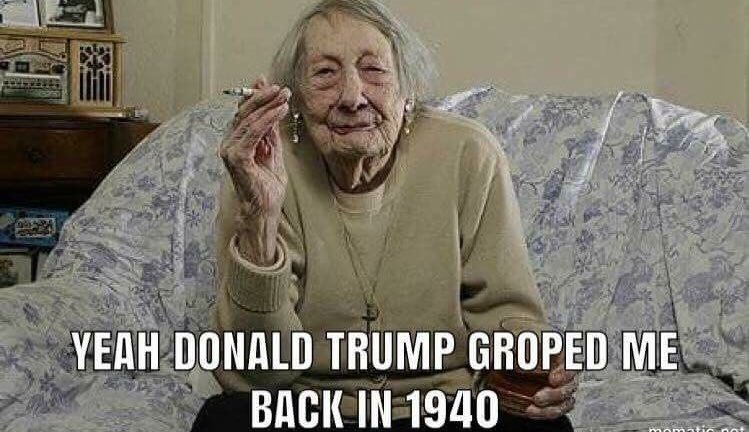 The New York Times reported on Sunday that Susie Tompkins Buell, a major Clinton donor, gave $500,000 to Bloom in support of a stable of so-called victims, and Clinton operative David Brock gave another $200,000 to the effort through a nonprofit group he founded.

Bloom solicited financial support for her show ponies, suggesting they might “find the courage to speak out” against Donald Trump if provided funds for security, relocation and possibly a “safe house,” according to the newspaper. None of the women followed through and Bloom was forced to return most of the  money.

O’Reilly characterized these payouts as the ” real attempted subversion of the 2016 election.”

“Vile attorney Lisa Bloom has admitted receiving big money from the likes of fanatical far left smear merchant David Brock in her quest to defame Donald Trump before the election,” he said on his website. “Bloom was also involved in attacking me.”

Fox News ended its relationship with O’Reilly last year after the disclosure of a series of sexual harassment allegations against him — Bloom represented three women who had publicly accused O’Reilly.

The FBI and IRS should be investigating Bloom, Brock and others,” O’Reilly said. “Will they? President Trump, for his own sake, should order it.”

It’s enough to make all the attention on alleged Russian collusion in the 2016 election appear more and more like a smokescreen.

“That’s the real attempted subversion of the 2016 election – secret money being offered for defamatory testimony,” O’Reilly insisted. “The allegations are staggering.”