Hey, I know, let’s play “Guess the Religion.” Can you name the religion of these fine young gang-rape officionados? Hint: Allahu Akbar!

“Guess the Religion” is a fun and challenging game that the entire family will enjoy. There is a bonus question at the end of the first quiz, but for starters please guess the religion of these four upstanding young men (as they are known in their chosen faith), otherwise known as cockroaches and gang-rape artists by the civilized world.

Hey, kids, it’s time for another episode of “Guess the Religion!” This time, as with many other times, it’s a two-fer. As I’ve said repeatedly on this site over the last 1.5 decades, as Muslim immigration and births in the U.S. continue to increase we will see more and more of this kind of Religion of Peace “peacefulness”/”Islamic modesty” in action.

Four Saudi Arabian Muslim foreign students drugged and gang-raped two women in Rhode Island and a Minneapolistan Muslim raped a 10-year-old girl. Yes, like Michigan Governor Rick Snyder says, “We Need More of Them!” Right? I know, I know–the conventional wisdom spreaders in our America tell me I’m not supposed to judge. After all, they have a different culture than we do, and we should make an effort to be multicultural and appreciate that some cultures think it’s okay to gang rape women and rape children. And we should be more understanding and welcome even more to our shores to–you know–“make America a better place.” Also, we’re not suppose to assume, either. After all, the names, Ahmed and Mohammed, could easily be Wiccan or White Anglo Saxon Protestant. Or even Jewish. Let’s hear it for diversity! Yeah!

First, the gang rape jihadists brought to you by the House of Saud:

Four Johnson & Wales University students have been arrested and charged with sexually assaulting two women in a Pawtucket apartment last week. On Friday, city police responded to Women and Infants Hospital after a female reported being assaulted. Police said the 18-year-old stated she and a friend, also 18, went out to a club in Providence the previous night. According to police, the women met three males there, one of whom they knew from attending JWU, and accompanied them to an apartment on Central Avenue.

Hmmm . . . women going to an apartment alone with four Muslim foreigners. What could possibly go wrong?

One of the women told police that one man – identified as 20-year-old Mohammed Alsaqer – took her into the bathroom and raped her. She said she was then assaulted by two other males. The second woman reported that she was groped by at least one of the men, identified by police as Yazeed Alasiri, 23. Detectives executed a search warrant at the apartment where the alleged assaults took place and interviewed the suspects and alleged victims. As a result, Alsaqer and Alasiri were taken into custody, Alsaqer on a first-degree sexual assault charge and Alasiri on a second-degree sexual assault charge.

The women told police they believe they were drugged before being assaulted. Later on Tuesday, Pawtucket police detectives arrested two additional suspects at Johnson & Wales with the assistance of campus police. Mohammed Aljohani, 20, and Tareq Alharbi, 22, are both charged with first-degree sexual assault.

All four suspects are from Saudi Arabia, according to police. Alsaqer and Alasiri were arraigned Tuesday. Alsaqer was ordered held until a bail hearing Oct. 19, and bail for Alasiri was set at $100,000 with surety. He’s due back in court in December. In a statement Tuesday, Johnson & Wales said the students have been suspended from all campus activity pending the outcome of the investigation.

Um, just suspended? Do you think the school would withhold judgment and refuse to expel White Christian males who were accused of gang rape? Um, see, Duke University lacrosse players.

Don’t worry, though. Once these guys are deported (IF they’re deported), they’ll just go join ISIS and gang-rape other women. This was “practice.”

OK, if you have made it this far that means you are doing great. Congratulations! Now for your bonus question: Guess the religion of this wonderful human being, who specializes in raping children. Hint: his name is Ahmed Hersi Abdi (sounds like a Baptist to me). Extra hint: He NOT a Baptist! ~ Thomas Madison 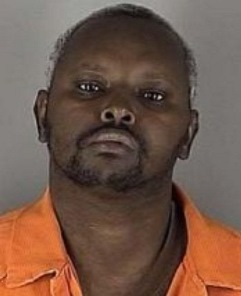 Then, there’s the wonderfully diverse Minneapolistan Muslim community of Al-Shabaab and ISIS recruits who like ten-year-old girls. Again, yay, diversity! And, again, don’t assume that Ahmed is a Muslim name. Why, it could be your Catholic priest’s name, too. If Barack Obama had a Minneapolistan bro:

A Minneapolis man is charged with raping a 10-year-old girl in her apartment building in the Cedar Riverside neighborhood. A criminal complaint filed in Hennepin County charges 34-year-old Ahmed Hersi Abdi with two counts of first degree criminal sexual conduct. If convicted, Abdi faces the prospect of spending more than 30-years of his life in jail.

“People are sad, they’re shocked, and they’re concerned for the welfare of the young girl, and they’re looking saying, what happened? What could have been done differently?” Mohamud Noor, a Somali community leader and a former Minneapolis school board member, told KARE.

Um, stop importing Muslims into our country? That would be a start. And why are they shocked. This is Islamic culture (if you can call that a culture, and that’s debatable). Girls are sex toys. That ain’t news to any Muslim. Puh-leeze.

Minneapolis Police squads were called to the Riverside Plaza Apartments at on Sunday October 4 by an off-duty officer after witnesses told them a child had been sexually assaulted. They told police they heard screaming from a third floor hallway and saw a young girl crying. The witnesses said a man had pulled her pants down and done something to her.

The witnesses quickly found two off-duty Minneapolis officers were working security in a nearby building.

“The Somalian community who came across this girl in crisis stepped up and helped her,” Minneapolis Police Dept. spokesperson John Elder told KARE.

Huh? Are you serious? The Somalian community–the MUSLIM Somalian community–did this to the girl. The rapist is a Somalian Muslim as are all these people. But it’s funny to see how the Minneapolistan police predictably try to turn this Muslim crime into an episode of “Muslims as heroes turning in bad people to police.” Yeah, just like 9/11.

Oh, and then there is the predictable Halal Twinkie Defense–that this wasn’t about Islam, but about a mentally ill man (who just happens to be Muslim, like all the “mentally ill” dry run perpetrators on planes and committers of other crimes, who just happen to be Muslim).

Noor said that the suspect, Ahmed Abdi, is a familiar face in the neighborhood and has complained of needing help for an untreated mental illness. “You know it’s somebody who is mentally ill, and he has been seeking help and services and we feel that there’s a huge gap in mental health services, a huge unmet need.”

Hilarious. The only mental illness here is on the part of us Americans who allow droves and more droves of these Muslims to invade and infect our soil and gang-rape and child molest here and do nothing about this. And, now, we’re getting more from Syria. It’s mentally ill to pretend nothing bad will happen as a result and to keep letting these people in.

By the same token, he said the community will embrace the victim and makes sure nobody treats her differently.

Uh-huh. Sure, it will. Like Islam “embraces” rape victims of Muslims all over the world . . . by revictimizing them and treating them as sluts and garbage to be killed or, at the very least, ostracized. Since this 10-year-old girl is no longer a virgin, she’s “used goods” and will be rejected by every male in the Muslim community. That’s how it works.

And that’s how it will “work” more and more as America transforms into Islamerica.

Thanks to reader Duane for the tips.