Grassley has scheduled an “experienced sex crimes expert” to question Christine Ford on Thursday. Ford is terrified. Will she try to wiggle out? I think so

Christine Blasey Ford’s attorney, Michael Bromwich, who is also Andrew McCabe’s attorney, has sent a letter to Senate Judiciary Chairman Chuck Grassley that makes Ford’s fear of testifying under oath as transparent as the lie she has created to destroy an innocent man.

Adding to the evidence provided by all four of the witnesses Ford claims were present at the party in question but have denied attending any such party and having knowledge of any assault, Ford is now terrified of a new development in her testimony before the Committee.

Grassley has scheduled an “experienced sex crimes prosecutor” to question Ford, no doubt disrupting the shameless liar’s sleep. I believe Ford is terrified of being questioned under oath by a sex crimes expert who is also an expert in determining whether an accusor is truthful and may very well prove that she is lying, thus guilty of perjury.

I see no way that Ford allows herself to be questioned under oath on Thursday and will likely be a no-show. Of course, the Democrat response to that will be that the Republicans are bullying Ford and will demand yet another investigation to drag the confirmation out as long as possible. 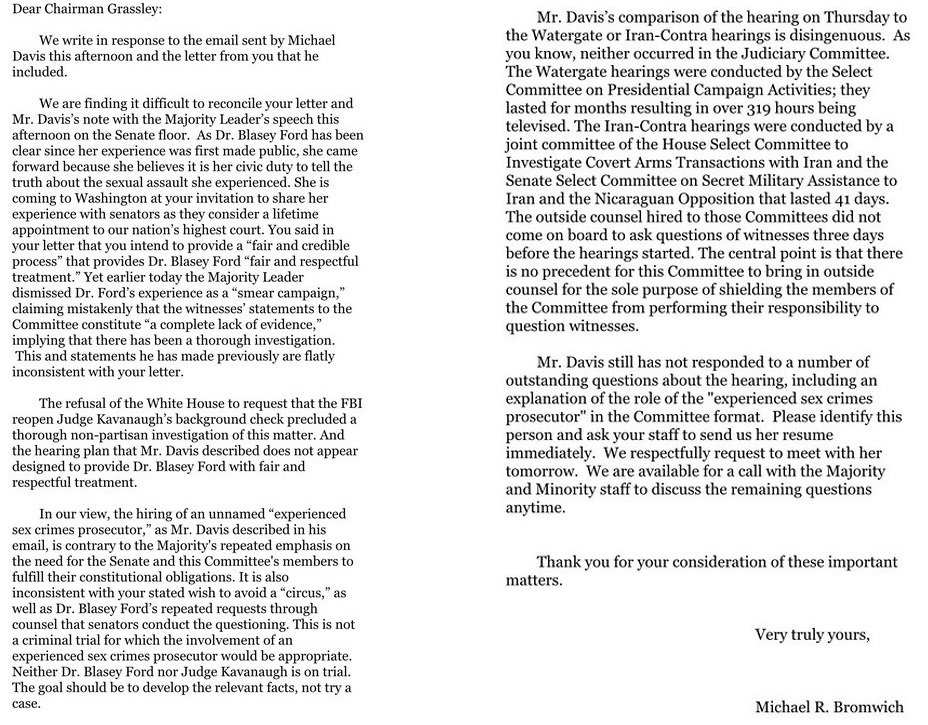 Yep. Ford is terrified to be questioned under oath by an "experienced sex crimes expert," who Ford fears is going to trip her up, proving her story is a lie. The more this drags on, the more evidence there is that Ford is lying her ass off.

It’s embarrassing that our Senate is allowing a citizen to dictate terms and conditions. You are the US Senate. Grow a pair

I don't think there is a snowball's chance that Ford allows herself to be questioned under oath on Thursday. The fear of perjury is now palpable. I believe she fears that a sex crimes expert may very well prove she is lying.