CNN, the most trusted name in fake news, is claiming that 400,000 jobs will be lost as a result of the impending 5% import tariff on Mexican products imported into the US, if it is, in fact, implemented, which may not happen, as Mexico’s leadership is very busy rushing troops to their southern border to prevent Central American migrants from entering Mexico en route to the US, and rounding up thousands of migrants within Mexico’s borders, also bound for the US.

However, never passing on an opportunity to bash President Trump, CNN Business reporter Matt Egan is declaring that the 5% tariff will result in the loss of 400,000 American jobs.

So, let me get this straight. That means when the tariff matures at 25% in October, it will result in massive unemployment of 2 million Americans, all because tortillas went from $2.00 for a package of ten in the supermarket to $2.50. I’m calling bullshit on that. 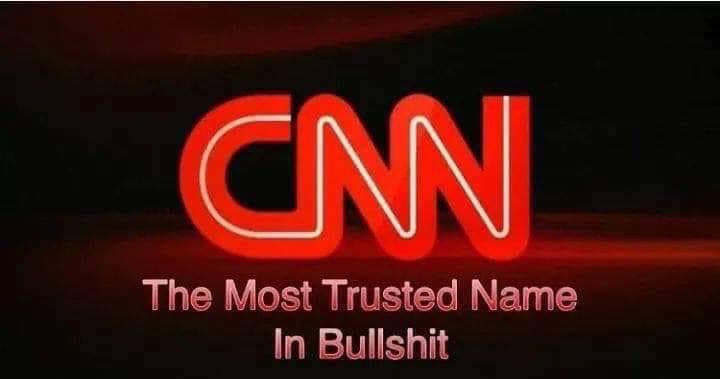 Painting a doomsday scenario, tailor-made for CNN’s leftist “the sky is falling because Trump” agenda, Perryman calculates that there will be 136,516 jobs lost in the retail sector alone.

Who knew that a shot of tequila going from $5 to $5.25 would have such a devastating impact?

Exactly 136,516 retail jobs? Really? I’m not sure which orifice Perryman pulled that figure from, but I have a guess.

I suggest that CNN and their Mensa-level consultant consider this: In the first four months of 2019, Mexico imported a record $203.18 billion of goods into the United States, 5% of which would be roughly $10 billion in tariff income that can be returned to We the People in the form of reduced taxes. Thus, the impact of the tariff on American taxpayers is nil. Obviously, the tariff windfall will further stimulate the economy.

That’s the good news! The really good news is a little further down the road. At 25%, the tariff begins to weigh heavily on Mexican manufacturers of goods imported into America. Guess what happens next. American manufacturers of those same goods become competitive again, making money again, further stimulating the economy, paying taxes on their new income, and hiring new employees. They may even have to import workers. You know, the legal, documented, vetted kind. Bottom line: Jobs are added to an already booming economy, not subtracted, America’s GDP gets a nice, fat boost, plus Mom and Pop America receive another welcome tax cut. Also, just a fraction of the tariff income can pay for the wall completely.

At 25%, the tariff income will amount to more than $100 billion in 2019 at the current rate of import from Mexico. In 2020, our southern neighbors will pay us $150 billion for the privilege of access to our consumer market.

Those hurt most by the import tariff will be American auto manufacturers who gave American jobs to Mexicans in Mexico long ago, believing that they could screw their American employees in favor of dirt cheap Mexican labor and still enjoy free access to the American consumer market. How long do you think it will take those manufacturers to close shop in Mexico and head north? THAT is why Mexico’s leaders are on their knees begging President Trump for mercy and are newly energized to prevent Central American migrants from crossing their border and ours.

As stated earlier, the $150 billion in tariff revenue can be returned to the American people in the form of across the board tax cuts. Of course, some of us consume more Mexican products than others, so that plan may be marginally unfair. While I may enjoy an occasional shot of tequila at my favorite watering hole, others may not imbibe at all, thus they are receiving a tax break that I am paying for. I consider it my duty. I don’t mind paying an extra quarter for a shot of tequila. I will simply tip my bartender a quarter less. He makes a lot more money than this struggling writer, anyway.

President Trump promised that Mexico was going to pay for the wall. Now you know how easy that can happen.