Antifa is an anarchist group backed by George Soros. For the past two years they have been violently “protesting” candidate and then President Donald Trump. They have committed felony assault against Trump supporters and destroyed private and public property worth millions of dollars.

Antifa has now found a new recruiting angle. Apparently regular college kids aren’t violent enough, so they are recruiting and training the mentally ill in Texas to commit violent acts against conservatives.

These criminals should be arrested as seditionists and given lengthy jail terms. This is NOT peaceful protesting. This is war. 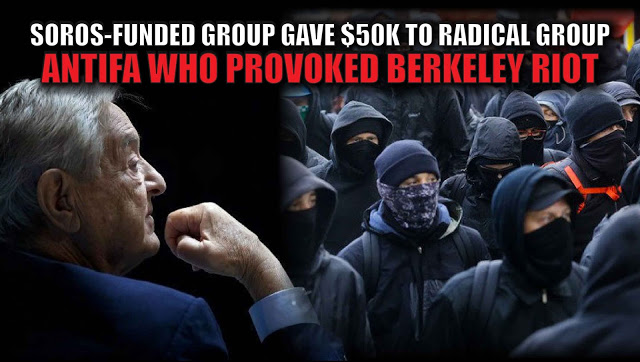 As reported by The Daily Caller, a Texas Antifa student group hosted a six month health program to “politicize” students with “mental illnesses,” according to a Thursday report.

The Revolutionary Student Front at the University of Texas at Austin hosted a “Revolutionary Mental Health Program” “to address the mental health needs of students in a way that would primarily serve to politicize and strengthen them, to become more committed to revolution and more capable of carrying it out,” reported Far Left Watch.

The UT Austin Antifa student group based its 2017 program on “Turn Illness Into A Weapon,” a book charting the neo-Marxist Socialist Patients Collective group’s actions in Germany, which placed the blame of mental illness on capitalist oppression.

The Revolutionary Student Front sought to create a health care system that not only treated students for their mental illnesses, but also mobilized them to fight capitalism.

“The primary method of combating the symptoms of mental illness that we face under capitalism must be organizing those suffering to come into violent class conflict with the system that creates their illness,” said the group in its 13,000-word manifesto.

The group also admits at one point that members of its own leadership suffer from “mental illnesses.”